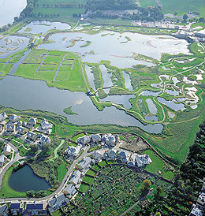 Since its inception, the London Wetlands Centre, situated close to the centre of town, in Barnes, has played host to a variety of different horticultural and environmental disciplines.

Over the years it has developed a tremendous reputation for ecological investment, alongside providing homes for various forms of wildlife.

However, the word currently on the LWC’s lips is Sustainability, as demonstrated by the recent completion of the Royal Bank of Canada’s Rain Garden which has been constructed at the site. 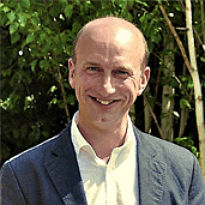 The garden also shares more than mere location with the city of London – its designer was Professor Nigel Dunnett, who was also responsible for the wildflower meadows that festooned the Olympic Park so beautifully.

The garden itself was opened in 2010 in celebration of the Centre’s tenth year in progress and Professor Dunnett’s design focuses on the importance, as well as the variety, of methods in the field of water conservation, with the hope of inspiring visitors to integrate such a system into their own garden.

Dunnett’s choice of irrigation is really quite ingenious – a central pavilion accumulates rainwater run off which is then distributed downward into the beds of the garden using gravity as an engine. The beds themselves create a sort of domino effect wherein any excess water, in the case of heavy flooding, immediately defers to the next circular bed. However, it is not only the architecture of this garden which affords it such aquatic frugality, the plants themselves are specialists in not only conserving water, but surviving without it as well – using species such as Caltha palustris and Lythrum salicaria which, while being highly absorbent, are also extremely hardy to drought conditions.

There is also a pump system that drives water from the onsite stream that carves through the garden upward into the beds – effectively making the participant the connector of this liquid.

Developments Manager for the Wildfowl and Wetlands Trust, Simon Rose, gave ample praise to the philosophy behind the project as well the range of people it might appeal to:

‘From day one, the garden has been full of children and adults enjoying the interaction with water and nature, they all come away knowing what rain gardens are all about. That’s exactly what we wanted.’