One of the major horticultural news stories in the last couple of weeks has been the horticultural success of young Lucas Hatch, aged only 11, who has been officially announced as the RHS’ Young School Gardener of the Year. Hatch, who hails from Woodbridge, Suffolk, battled to victory by winning over the judges with a superior knowledge of gardening technique and history as well as an unparalleled enthusiasm for the practice.

The sixteen finalists, from whom Lucas emerged victorious, were chosen through a preliminary judging panel headed by the students’ teachers, and each of these finalists’ schools was awarded a digital camcorder to commemorate their participation through interviews of the contestants and of those affiliated with the project. It was from these ‘shorts’ that a final winner was selected, based on their range of knowledge and genuine enthusiasm for the craft, Lucas won based on these criteria, and also on his dedication to his school’s garden which he maintains throughout the summer holidays.

However, the title of RHS Young School Gardener of the Year 2012 was not Lucas’ only prize for his effort; he will also be awarded the privilege of a day’s tutelage at an RHS garden with a Society endorsed gardener. On top of that, the Hatch family will receive the choice of complimentary tickets to the RHS Flower Show at Tatton Park or to RHS Hampton Court Palace Flower Show 2013 and a full collection of gardening equipment. Aside from the benefits to the Hatch’s themselves, Lucas’ school will also be granted five hundred pounds worth of garden gift vouchers, as will the schools of the other finalists, alongside their own tool sets. 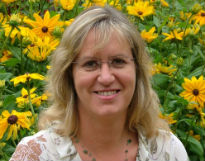 RHS member Jacky Chave, who also serves as the societies Strategic Schools Manager had this to say:

‘The RHS is delighted for Lucas and the runners-up – congratulations to you all, but we’d also like to thank all the teachers for sending in nominations. There are so many fantastically able and keen young gardeners out there and I’m already looking forward to next year’s competition.’

The initiative, which forms a part of the RHS’ School Gardening Campaign, is based on various psychological and practical case studies that have indicated the positive effects of gardening and its affiliated topics on children. The practical application speaks for itself, as it guarantees regular and consistent exposure to nature and the outdoors in an increasingly technology-driven environment; it also helps children to develop the primary instincts of sustainability and also of the connection between nature and produce.

A little while ago we wrote a piece covering the disconnect from nature between this and the next generations of children and that outdoor activities have taken a back seat to instant means of gratification such as video games and television. Several years ago the RHS, possibly in response to this phenomenon, began the School Gardening Campaign as a means of encouraging interaction with the natural world and also to educate children in horticulture and there’s no reason you can’t get involved, be it on a communal, regional or just a personal scale. Find a starter kit and application at the RHS website – I promise you won’t be disappointed.

Five Most Wanted (Part Two!)
Things to Do in the Summer Holidays